Thank you to everyone who attended the High Tea at St Canice’s last Saturday. 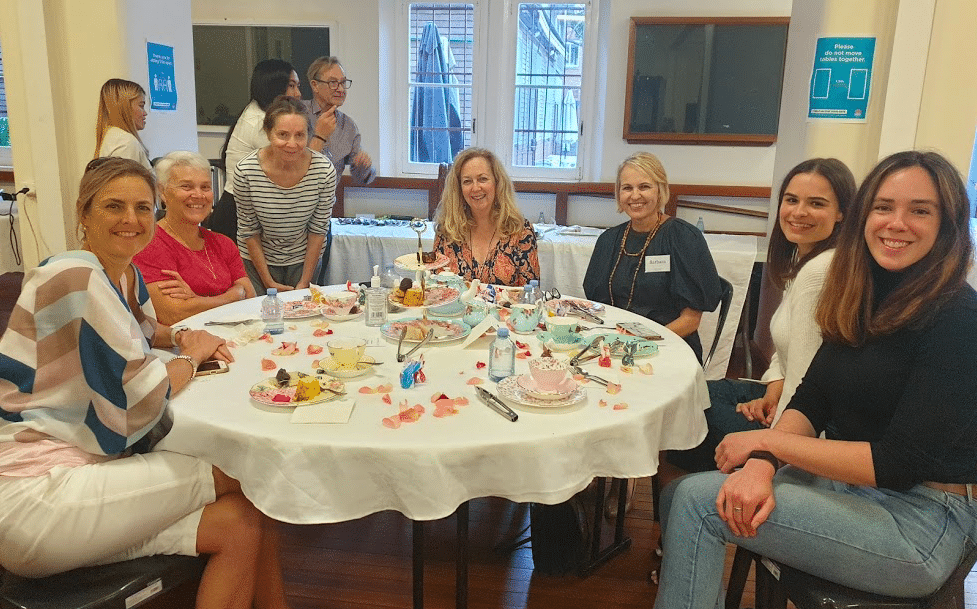 On 1st May more than 80 people gathered for the Women’s High Tea. The hall was transformed with white table clothed tables set with beautiful Royal Doulton crockery (supplied by Party in a Tea Cup) and tiered cake plates of yummy treats (supplied by Gather & Eat Catering). The aim of the occasion was to bring women together to enjoy each others company and to listen to some interesting and inspiring speakers. We were delighted to also welcome some of the men from the parish. 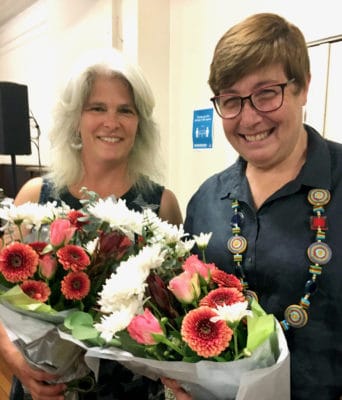 Marg spoke about working in the Cross in the 1980s and 1990s with poor and disadvantaged people, many located in boarding houses. Women with young children, migrants and the lonely with no family. Through her stories, we gained a vivid picture of life in the Cross at a time of social change with developers taking an unhealthy interest in changing the demographics with shiny new buildings and with the onset of HIV/Aids. Her capacity to reveal the human face of a much-maligned area was most definitely food for thought. Marg also took the opportunity to talk about the work of St Canice today in the local community.

Jenny Stanger’s biography describes a long commitment to supporting and advocating for victims of modern slavery and human trafficking through her work firstly in the US and then in Australia. She gave alarming statistics about the numbers of those in modern slavery in Australia (15 000) and outlined the success of introducing The Australian Modern Slavery Act. Jenny challenged us to do our bit in choices we make such as considering where our food comes from and how is it produced. The overwhelming message was that we all have a role to play in abolishing modern slavery and human trafficking.

The number of questions from the floor and the buzz in the room following the speeches was evidence of the conversations that these two speakers generated. We hope to bring more events like this to the parish to enrich our lives and encourage action by us in many small ways for the greater good.