The Communion of Saints

At the beginning of November in the Catholic Calendar there is a flurry of heavenly feasts. All Saints Day, which celebrates those who are in paradise, is followed immediately by All Souls Day, with its focus on the dead who still need our prayers. The feasts themselves go back to early medieval Catholicism. They became a source of division at the time of the Reformation when the preoccupation with releasing souls from purgatory was seen by the Reformers as manipulative, mercenary and lacking in a proper trust in God’s mercy.

The earlier practices of All Souls Day, with its multiple Masses, plenary indulgences and black vestments will seem remote to most Catholics today. But the underlying meaning of the feast embodies a rich view of the world whose loss can be impoverishing as well as liberating. All Saints Day and All Souls Day invite us to imagine a

bountiful world in which we are joined to those who have lived and died before us, to those who are still living, and to those yet to come. We are linked together in time and place with all other human beings and with our whole created world. We are all precious in God’s sight, never quite separated from one another and each other’s prayers, and responsible to one another.

All Souls Day invites us to conceive of our dead relatives and friends as present to us, to purify our love for them by discharging the resentments and regrets that dog our memories of them, and to be grateful for the life that we have shared. The day has less to do with freeing the souls of the dead from prison than with freeing our hearts from prison so that we can play together in God’s presence.

When we set this vision against the thin view of the world which is shared by so many people, we can see its richness. Including some with whom we work at Jesuit Social Services, they see the world as composed of individuals with no connection with one another, no link to those who have died and no hope for those yet to come. They can carry a heavy burden of isolation and loneliness. The Gospel from Matthew for tomorrow’s Mass invites us to broaden our horizon by accepting the invitation to meet a God who carries our burdens and who bears our past, our present and our future. To this companionable God in a companionable world we are joined together in space and time! 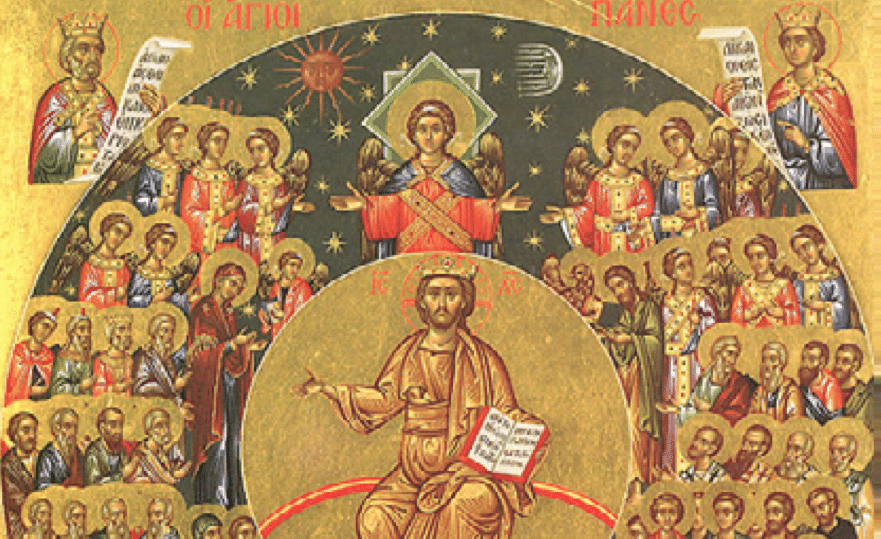