Bishop Terry Brady and the whole St Canice congregation paused for one minute today to pray for those men and women who lost their lives in the Great War.

Confirmation of the young was joyous. Confirmation emphasises an individual’s commitment to Jesus; the Holy Spirit inspires the candidates to become witnesses to their faith.

Before confirming the eight candidates, Bishop Terry spoke directly to the young people about the importance of the Sacrament they were about to receive. And, with his usual approachable style, all of us had much to learn from his words of encouragement. 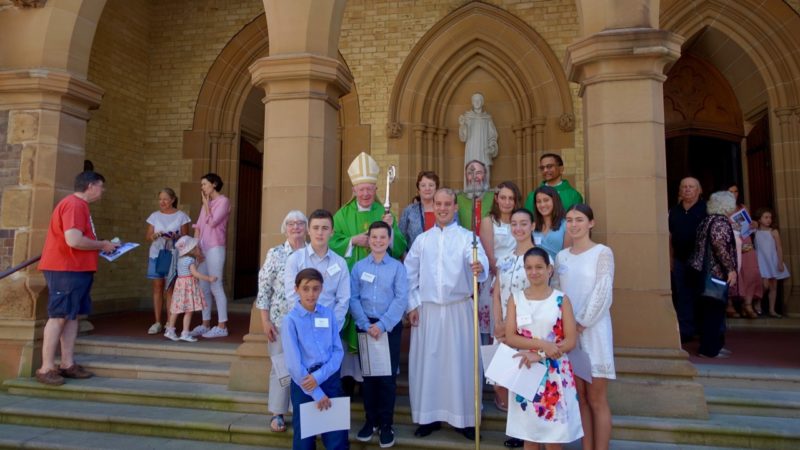 In a solemn remembrance of Armistice Day, we of the later generations are presented daily with messages about the impact of the Great War through four striking windows in the transept of our church. The windows were installed around 1920 and are in a notably beautiful area of St Canice’s, which today, creatively, carries relics of our own dead. 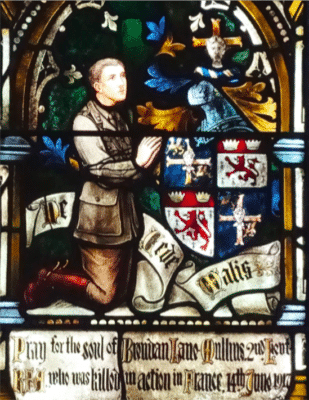 There was a precious simplicity in our three soldiers, (and one serving sister). Their values were good – no doubt because they were Jesuit-educated. They came from strong families, which they wanted to be proud of them. And without being entirely blind to reality, they spoke often about duty.