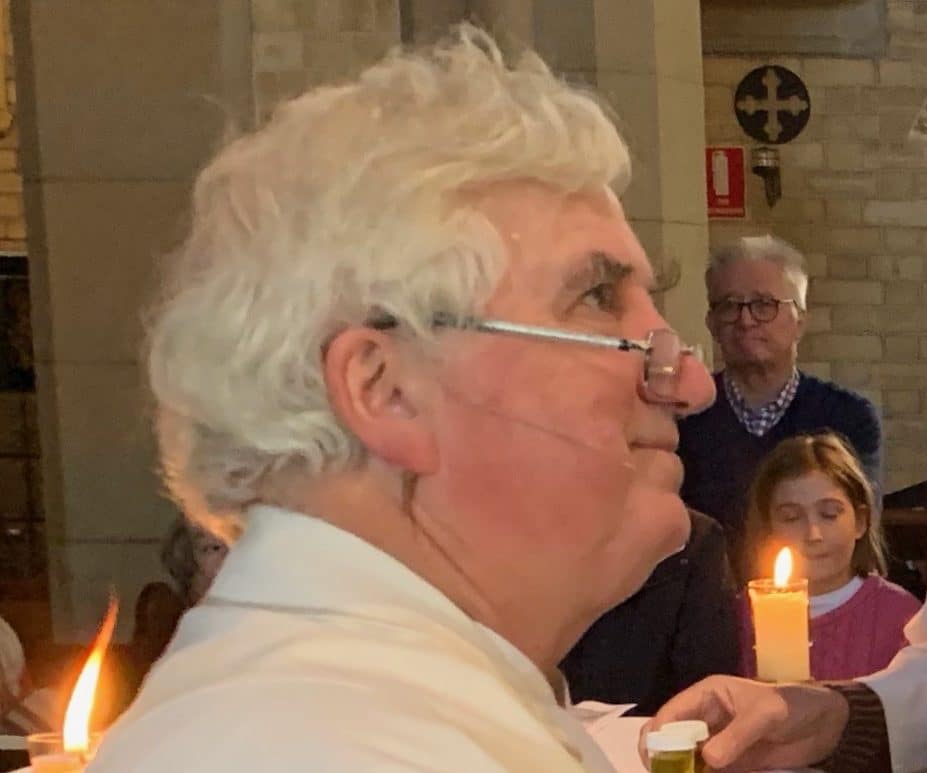 I gather that our new parish priest developed a liking for the saints in his teenage years, and so continues to follow St Kilda(!), despite having needed also to take an interest in crows. A local parishioner to whom this was told, suggested an English saint would be worth his investigating while in Sydney.

Detailed web digging reveals very early dabbling on the internet, and more recently a strong engagement with Pope Francis’ Laudato si’ encyclical on ecological threats to the planet in a Eureka Street article. He is registered as a PREPARE/ENRICH facilitator which indicates he might have done a lot of detailed marriage preparation. The net also reveals he once shared a national press award for photos that accompanied an article.

The Jesuits themselves have provided the following information online:

“Since 2012 Paul Fyfe has been in charge of the two South Australian rural parishes of Sevenhill and Riverton/ Manoora, which together have eight churches and seven cemeteries. Born in Adelaide and schooled by the Dominican Sisters and Marist Brothers, he moved to Victoria to join the Society of Jesus in 1969 and pursued studies in Science (Biochemistry and Genetics) as well as in Education and Theology before priestly ordination in 1984.

Three months of Paul’s early priesthood was spent in a refugee camp off the coast of Malaysia, then six years in his home state – four in the parish of Norwood and two as Catholic chaplain to the University of Adelaide. After doing wide-ranging IT and editorial work at Jesuit Publications in Melbourne for 13 years, he returned to pastoral ministry at Norwood, before taking the Sevenhill appointment.

His other interests and concerns include ecology/ sustainability, refugee matters, and – inspired by his fellow novice, Christopher Willcock SJ – church music; while carefully preparing couples for lifelong marriage continues to give him much satisfaction and joy. Paul is a co-author of the 2016 coffee- table book on Sevenhill, The Vine and the Branches.“ Order it from Sevenhill Cellars!

Some parishioners say that he confided that he is very poor at recognising faces—even of his own family out on the street—so it may be wise to keep mentioning your name for a year or more! How do they make such people parish priests?