ETTY’S WAY!!! Learning to Shake the Hand that Holds the Hypodermic 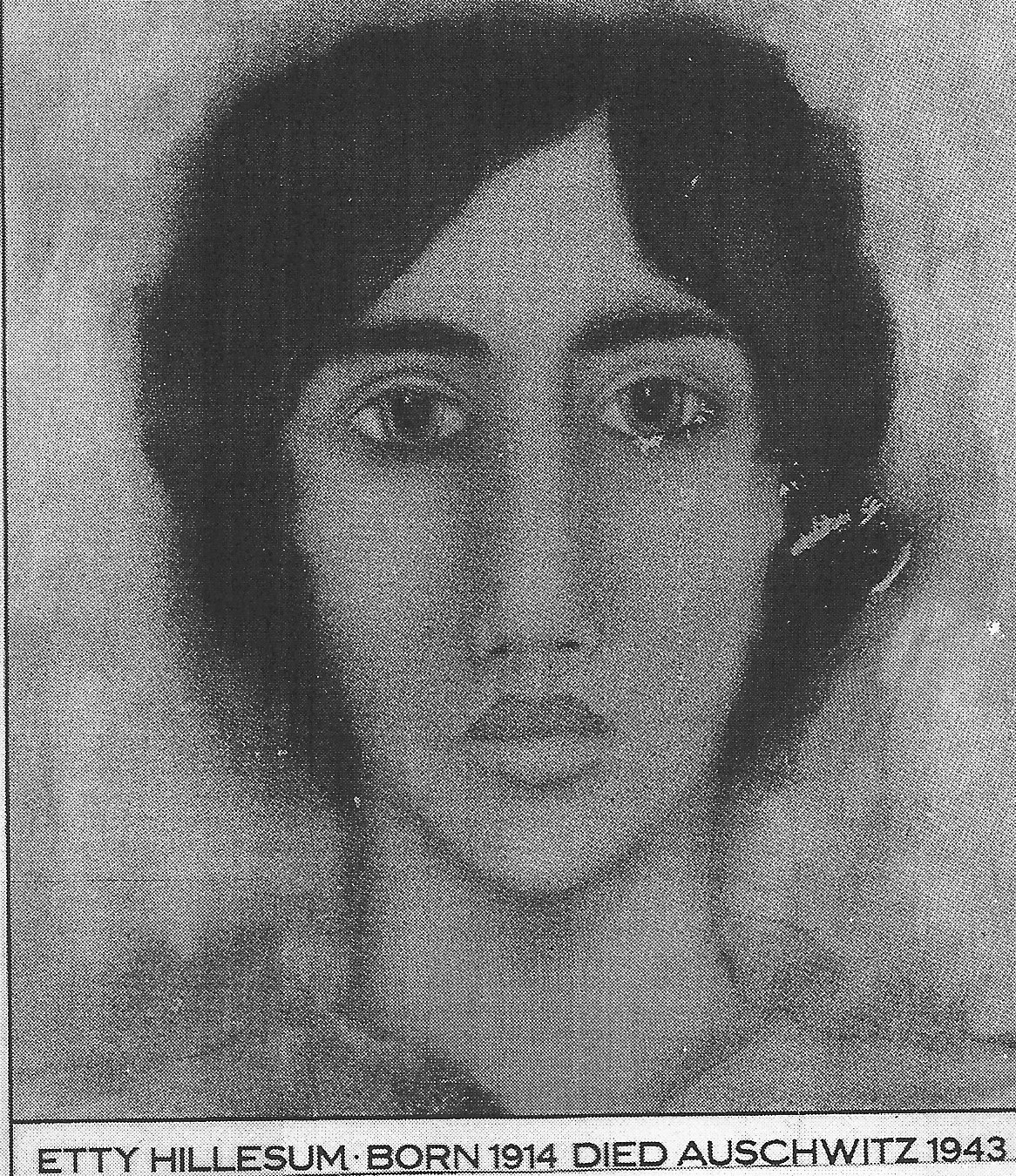 Learning to die well may be one of life’s great achievements. Even animals will sometimes display the art – through some wondrous instinct, I guess. I saw this once with a fifteen-year-old Labrador we had – named ‘Shane’. He was so crippled at the end that I had to carry him into the surf to swim on the day we knew we needed to put him down. Marg and I and other members of the family then took him to this warm-hearted young vet for the needle. And when the moment came for its insertion, Shane put out his paw to shake the hand reaching for the hypodermic.

This came to me as an image – I hope, a suitably respectful one – for Etty’s acceptance of death at the end, in far more daunting circumstances. But there is utterly no comparison between submitting to a needle, gently administered, and going calmly into an Auschwitz gas chamber, shoulder to shoulder with one’s own people of all ages, innocent victims of a hate-fuelled, cruelly-efficient extermination programme. Through her diaries, we see Etty Hillesum consciously preparing herself to offer a loving submission to this fate. But I think we would have to insist also that, come the end, grace too must emphatically be seen as an integral part of the love she showed.

We try to unravel that love’s components. Using Kidder’s collection of diary-passages(‘Self and World as One’, pp. 105-157), we isolate the following as key factors.

1 Etty struggled for a patience that would allow her to bear her suffering without cursing it.

She describes her feelings on looking at the Amsterdam trams go by – trams that once would have carried her where she wanted to go, but which now, because she was a Jew, she was not permitted to use.
I sometimes bow my head under the great burden that weighs down on me, but even as I bow my head I also feel the need, almost mechanically, to fold my hands. And so I can sit for hours and know everything and bear everything and grow stronger in the bearing of it, and at the same time feel sure that life is beautiful and worth living and meaningful. Despite everything. (p. 115)

Judy will remind us of passages that show Etty’s awareness of what might lay ahead of her in Poland.

2 Etty at all times spent herself in reaching out to others. She saw this as far more than simply being kind: it was also something she felt she owed to herself. To be at odds with one’s neighbours, she saw, was really to be at odds with oneself. And she had learnt from Spier how profoundly one could assist others. She observed that what he was doing was breaking people open, drawing out the poison, and delving down to those places where God hides himself away (see p. 120). Her ambition was to do the same. If, to some of her friends, this sounded like practising Christianity, then so be it (see p. 126)”

Truly, my life is one long hearkening unto my self and unto others, unto God. And if I say that I hearken, it is really God who hearkens inside me.

Chris will list passages showing ways in which Etty helped others.

Marg will draw our attention also to passages in the New Testament that she refers to.

3 But how describe the self-surrender that Etty arrives at?
At one level Etty reasons that you cannot be humiliated unless you let yourself be. If the passive party shows a ‘misguided compliance’, and forfeits his or her greatest assets – by letting himself or herself feel persecuted, humiliated and oppressed, or by descending to hatred, or adopting the kind of swagger that ultimately shows fear – then there will be humiliation. In such cases, we are the ones inflicting the greatest injuries on ourselves. What we must do, rather, is continue to take our own importance seriously – which means, still declaring life to be beautiful, still being free, believing in God and man, and trying to show all this without embarrassment (see pp.129-30).

She accepts the consequence that there therefore has to be room in a single life both for belief in God and for a miserable end. She calls this accepting life ‘as one mighty
whole’ (p. 130). It is what her phrase ‘coming to terms with life’ means. In her eyes, it is what leading a full life means for the mature person. Death has to become a definite part of the life we consciously lead, and be accepted. Not to do that is to waste our energy and condemn ourselves to a less than full life, whereas ‘by admitting death into our life we enlarge and enrich it’ (see p. 131).

For Etty, accepting death is but part of one’s grateful acceptance of life in general. And this is something she writes beautifully about. Indeed, there is almost something mystical about her descriptions of how she embraces life. In the camp, for example, in bed, she stares through her window to the sky, and later writes: it was once more as if life with all its mysteries was close to me, as if I could touch it. I had the feeling that I was resting against the naked breast of life and could feel her gentle and regular heartbeat. I felt safe and protected. (p. 146) She applies the image of the spider spinning its web, and casting the main threads of that web ahead of itself, to her life, and writes: The main path of my life stretches like a long journey before me and already reaches into another world (p. 138). And she says in another passage that she had just lived ‘the most crucial year of my life’, and her ‘most beautiful year’, then adds: And I know for certain that there will be a continuity between the life I have led and the life about to begin’ . (p. 143) One senses strongly from such passages that it is in her feeling for life that Etty also finds God; and, surely, it is her association with both – or, if you like, with this one thing – that is most pertinent to the self-offering she becomes ready to make. As she says to a surprised friend, ‘Yes, you see, I believe in God’. (p. 135) Hence this passage:
” ” It still all comes down to the same thing: life is beautiful. And I believe in God. ! ! And I want to be there right in the thick of what people call ‘horror’ and still be able to say: life is beautiful. (p.155)
Michael will gather for us some of the passages where Etty writes about her belief in God.