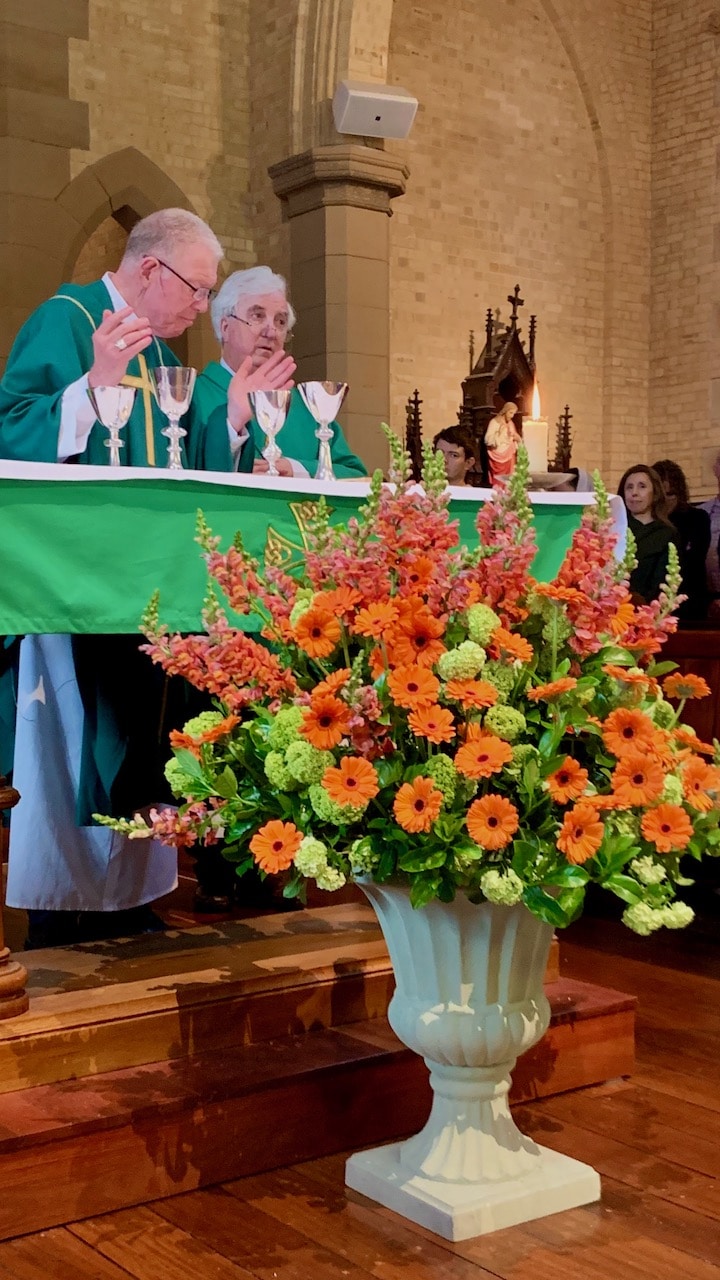 Bishop Terry recalled the Irish roots of this parish and urged all of us here at St Canice’s to better understand the story of this sixth century patron saint told in part in the nearly century-old beautiful stained glass windows behind the main altar. 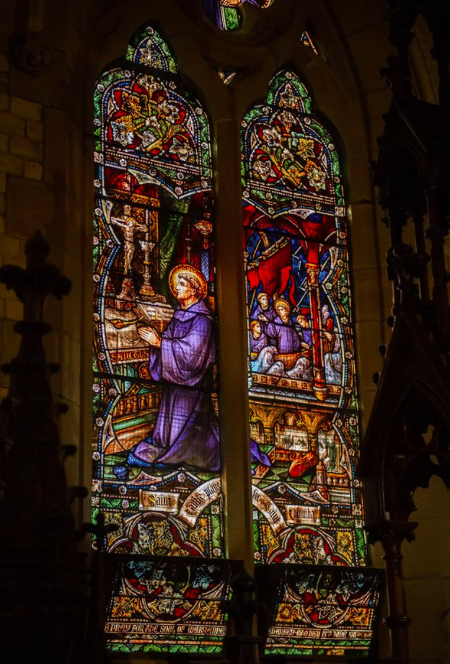 St. Canice who is sometimes called Kenneth was born in Ireland in 515 AD and is famous in both Ireland and Scotland.
He tended his father’s flocks as a young boy. But when Canice grew up, he felt that God was calling him and went to Wales to study for the priesthood. After he became a priest, Canice went to visit Rome to get the blessings of the Pope.

He then returned to Ireland to study further at the school of St. Finnian where he became good friends with three other Irish saints – Kieran, Comgall and Columba.

After preaching throughout Ireland, St. Canice went with St. Columba to Scotland on a mission to the pagan King Brude.

This made the king angry and he seized his sword to strike the two missionaries. St. Canice made the sign of the cross, and a miracle took place. The king’s hand was suddenly paralyzed, and the saints were saved.
St. Canice and St. Columba were always close friends. Once Columba was sailing with some companions and Canice was far away in his monastery in Ireland.

Suddenly he became aware that Columba was in great danger at sea. He jumped up from the dinner table and ran to church to pray for his beloved friend.

Out at sea, Columba cried to his frightened companions: “Don’t be afraid! God will listen to Canice. Right now he is running to church with only one shoe on to pray for us!” The Lord did listen to St. Canice’s prayer and they were saved.

THIS STORY IS ILLUSTRATED IN THE CENTRE WINDOW. COME UP AND TAKE A CLOSER LOOK!
Although Canice and Columba often worked in different places, they knew that prayer is a powerful expression of friendship.

St. Canice started several monasteries and converted many nonbelievers. He became famous for preaching the Gospel with much love and joy.

Even more, he became well-known for the perfect way in which he himself practised the teachings of Jesus. He died in 600 AD.