We look back to 1945 and share this snippet about the students at St Canice’s Primary School  from the morning newspaper: 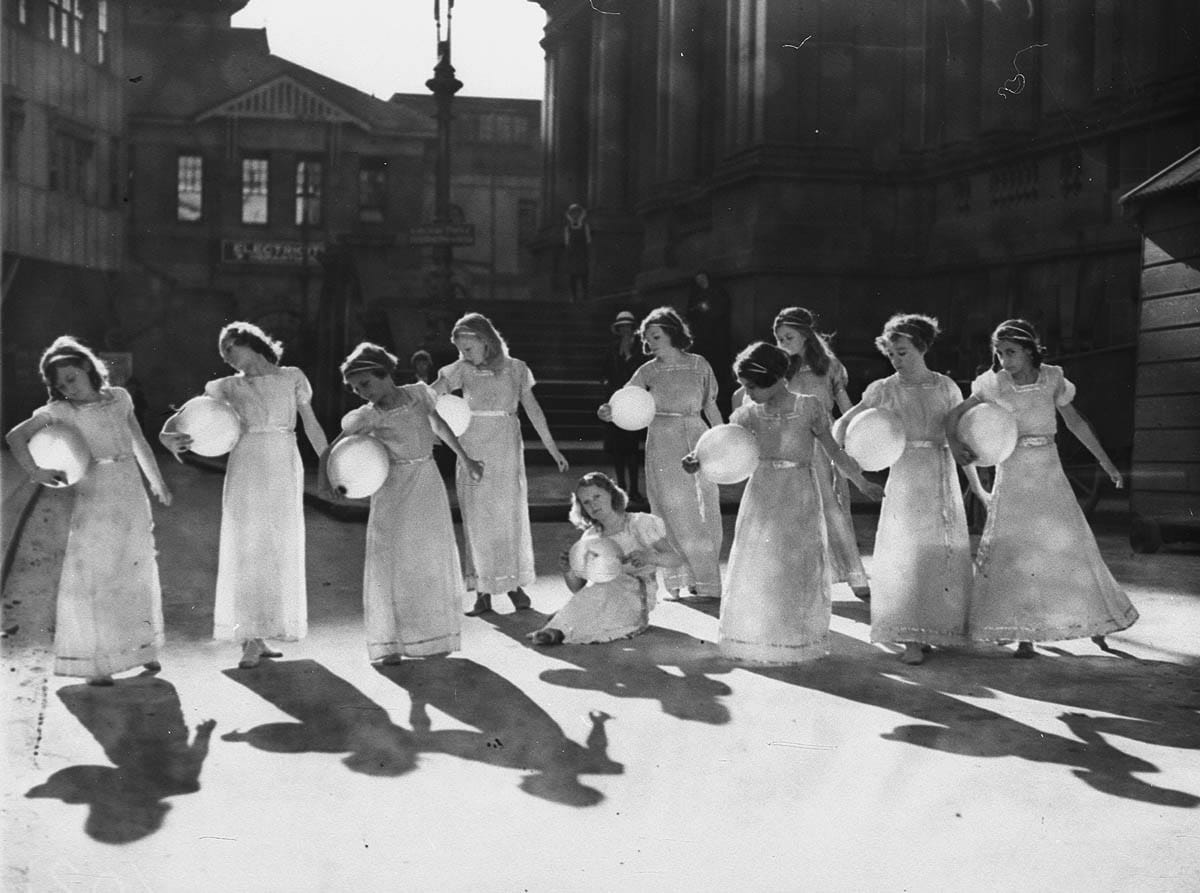 Students in a a concert given in 1945. Eurhythmics, to music of Chopin

The girls at St Canice must have been well schooled in artistic attainments, this would probably be correct. One fragment of the school which survives is the programme for a concert given in 1945. Eurhythmics, to music of Chopin, was a feature of that; along with a Dutch dance from the juniors; a one-act play, called ‘Cock-a-doodle-do’, from the infants; and selected scenes from ‘The Merchant of Venice’ from the older girls. A note on the bottom of the same programme reminds parents that: “The school choir will broadcast the benediction on next Sunday evening from the parish church over the national station, 2BL, at 7.15 pm.”