St. Canice’s was opened in 1889.  The architect was John Bede Barlow.  Other churches of Barlow include those in Marrickville, Paddington and Rose Bay.

St. Canice was an early Irish monk and it is likely that the name was chosen by Cardinal Moran, the first Irish Archbishop of Sydney.

At the beginning it served as a chapel of ease for the parish of Darlinghurst.  Later it was serviced from St. Mary’s Cathedral.  In 1940 a presbytery was built and resident priests were provided for the church.

Even then it did not become the centre of an ordinary parish, being controlled by an administrator until very recent times.  The Jesuits arrived in the parish in 1990. 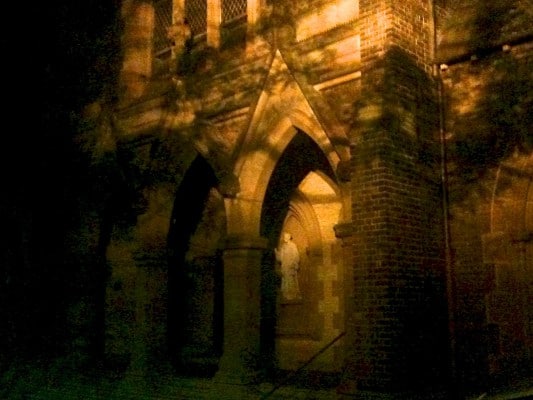 St Canice’s early history coincided with ‘the Irish Phase’ of our Sydney Catholic story – which began in September 1884 when the man who would become our first Cardinal, the Irish Patrick Moran, reached the city.

After St Canice became a parish in 1940 a new school building was constructed – the present Jesuit Refugee Service (JRS) office and Canice’s Kitchen – and numbers in the school became higher.

The girls at St Canice must have been well schooled in artistic attainments, this would probably be correct. One fragment of the school which survives is the programme for a concert given in 1945. Eurhythmics, to music of Chopin, was a feature of that; along with a Dutch dance from the juniors; a one-act play, called ‘Cock-a-doodle-do’, from the infants; and selected scenes from ‘The Merchant of Venice’ from the older girls. A note on the bottom of the same programme reminds parents that:

The school choir will broadcast the benediction on next Sunday evening from the parish church over the national station, 2BL, at 7.15 pm. 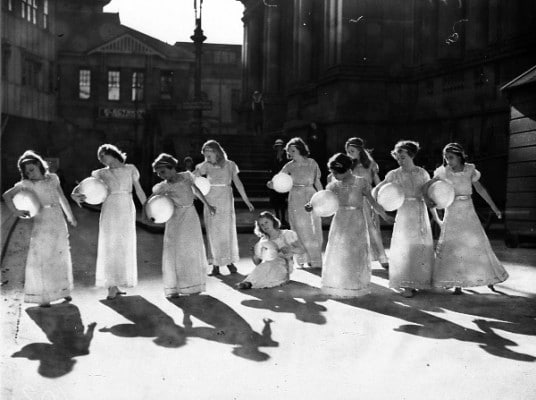 2014 is the 125th Anniversary of the opening of St Canice’s. You might like to read an article from  the Sydney Morning Herald of Monday May 6, 1889. Click here. 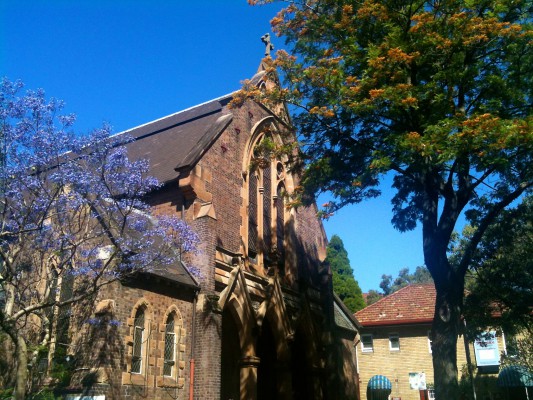 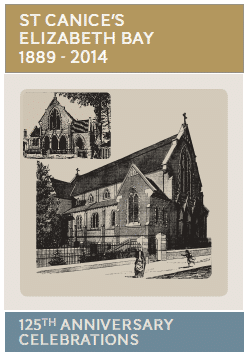 Drawing of St Canice’s with the Spire that was never erected. 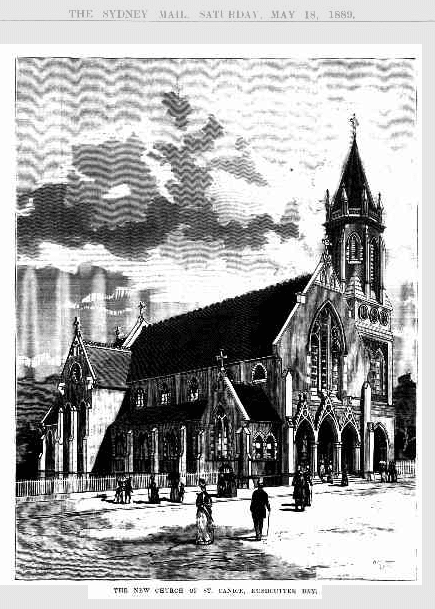