This is the second week in our Advent Activity Discussion Group – “Conversion of Heart: the story of Etty Hillesum”. We welcome your attendance at St Canice’a at 11.30 am on Sundays up until Christmas. For those who can not make it in person, we invite you to read the following and contribute any comments here on line that you’d like to share. 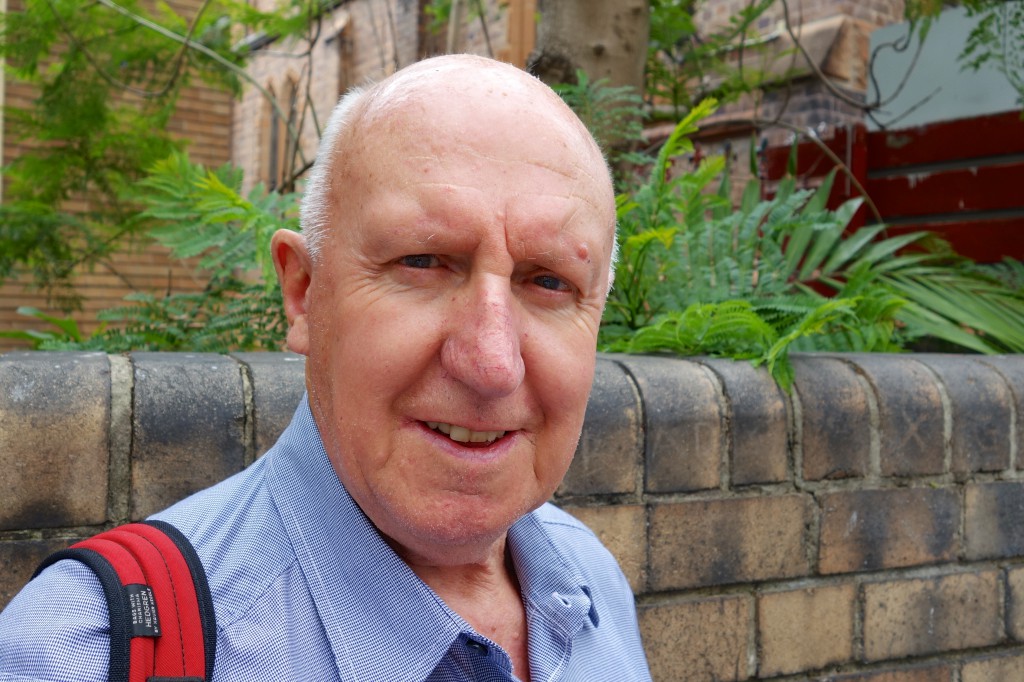 Obviously, this second discussion and the two that follow will all be about Etty – as she comes through to us in the extracts from her diaries that Annemarie Kidder provides (in Annemarie S Kidder ed., Etty Hillesum: Essential Writings Orbis, New York, 2009). We will also use Kidder’s three titles –’The Self’, ‘The World’ and ‘Self and World as One’ – for our discussions, but at the same time, will be trying to make our own way through the ma- terial as far as possible.
I know some of you will be drawing on Etty’s diaries from earlier editions, but any quotes I use will be from Kidders’ book, and the references will be to her page numbers.

You will have noticed that Etty herself has many different ways of describing ‘the self’. One is to refer to it as her ‘centre’ (see p. 29 for example). She says of it that it goes beyond the personal and is ‘supra-personal’ (p. 33). And she tells herself in an early passage that to cultivate it is ‘to abandon that little ego of yours’ (ibid). She sees the self can ‘grow’ – it becomes ‘firmer’, for example (p. 30).

The very existence of the diaries is testimony to the influence ‘Herr S’, Julius Spier, begins to have on Etty. They start, and she finally gives herself the opportunity to write, once Spier comes into her life. Her reflections on her ‘self’ owe much to her contact with him. We see this in a couple of entries she writes in the later summer of 1941, when she is on a visit to her family home in Deventer (these begin on p. 38, see esp. pp. 39-42). While she is there, with little to do, she receives a letter from Spier, and deals with it, a day or two later, in bed – the ‘only place in the house’, she says, ‘where you can be alone’. She ad- mits that at first she had felt ‘out of touch’ with the letter. But then, suddenly it had begun to speak, and then ‘everything’ was ‘back in place’.

Then important things happen in her. There is a growth-stage, which brings ‘many new perceptions about myself and my bond with you (again, Spier) and my fellow beings’ (ibid), some of which come through in this same entry, and another written later on that same day, around midnight (pp. 40-42).

Etty writes of these by speaking about having the courage to be oneself. She sees that, if one lacks this, ‘then one also has no courage for others. One has no contact with one’s fellow beings’, and becomes lonely, and simply sorry for oneself etc (p. 40). And she is humble enough to admit that she has learnt this lesson from Spier himself. He has the courage to live life to the full, because he lives off his own resources and thus encourages others to live off theirs. She thinks he might be the first person she has ever related to inwardly, and tried to emulate (pp. 40-41).

Later that evening she feels she is ‘getting on famously’; that ‘a strong straight pillar is growing’ in her heart and giving her inner security. She is ‘in touch with (her) inner self’ and more stable. ‘Something is being consolidated within me, I seem to be taking root’, and no longer drifting. She goes to bed telling herself ‘tomorrow is another day to be lived to the full’ (pp. 41-2).
 Advent Activity 2012 DISCUSSION 2 (9 December) 2

There are numerous echoes of this maturing of the self in Etty elsewhere in the diaries. When, for instance, she intuits that if she can solve her own problems for herself she ‘shall have also solved them for a thousand other women’ as well(34); or guesses that the lack of unity between her physical and spiritual sides is probably due to some lack of self- confidence in her – a lack of faith in herself that leaves her not believing that what she does is good and meaningful (pp. 38-9). ‘Perhaps my purpose in life’, she speculates, ‘is to come to grips with myself’ (p. 35). Or when she writes, more resolutely: ‘There is noth- ing else for it, I shall have to solve my own problems’ (p. 34), rather than relying on help from others.

Is it a paradox that this firming of the self in Etty seems to move in lock-step with the other ‘story of the girl who gradually learned to kneel’? (see p. 40) This, I feel sure, is something we need to discuss at some length. There are several passages in the section on prayer (pp.47-61) that we might draw on for help. I quote briefly from just a couple.

‘There is a really deep well inside me. And in it dwells God. Sometimes I am there, too. But more often stones and grit block the well, and God is buried underneath. Then he must be dug out again.
I imagine that there are people who pray with their eyes turned heavenward. They seek God outside themselves. And there are those who bow their head and bury it in their hands. I think that these seek God inside.’ (p. 48)
‘ . . . peace reigns in my inner domain because a powerful central authority is in control there.

I think I work well with You, God, that we work well together. I have assigned an ever larger dwelling space to You, and I am also beginning to become faithful to You . . . The powerful centre spreads its rays to the outermost boundaries. I am no longer ashamed of my deeper moments, I no longer pretend from time to time not to recognize them.’ (p. 54)

‘The threat grows ever greater, and terror increases from day to day. I draw prayer around me like a dark protective wall, withdraw inside it as one might into a convent cell and then step outside again, calmer and stronger and more collected. Withdrawing into the closed cell of prayer is becoming an ever-greater reality for me as well as a necessity . . .’ (pp.57f)

‘One thing is becoming increasingly clear to me: that You cannot help us, that we help You to help ourselves. And that is all that we can manage these days and also all that really matters: that we safeguard that little of You, God, in ourselves. And perhaps in others as well. Alas, there doesn’t seem to be much You Yourself can do about our circumstances, about our lives. Neither do I hold You responsible. You cannot help us, but we must help You and defend Your dwelling place inside us to the last . . . no on is in their clutches who is in Your arms.’ (p. 59)

Let us share expressions Etty uses to describe the ‘centre’. And how she describes what seems to be changing in her.