At the 10.30 am Sunday Mass at St Canice’s in Elizabeth Bay on 10th March 2013, Father Aloysious Mowe SJ made his Profession of Final Vows in the Society of Jesus.

The Provincial of the Australian Jesuits, Fr Steve Curtin SJ, presided at the Mass and received Aloysious’s vows on behalf of the Superior General of the Jesuits. Seven of Aloysious’ fellow Jesuits joined the parishioners of St Canice’s at the Mass to share this important milestone in his priestly life.

In a short address by Aloysious, he drew our attention to the last verse of a favourite hymn sung during the Mass by our Cantor, Pascal, which was written in the 17th century by Samuel Crossman.

Here might I stay and sing,
No story so divine;
Never was love, dear King!
Never was grief like Thine.
This is my Friend, in Whose sweet praise
I all my days could gladly spend.

After the Mass there was a simple celebration with coffee and cakes outside the church.

Congratulations Father Aloysious from everyone at St Canice’s! 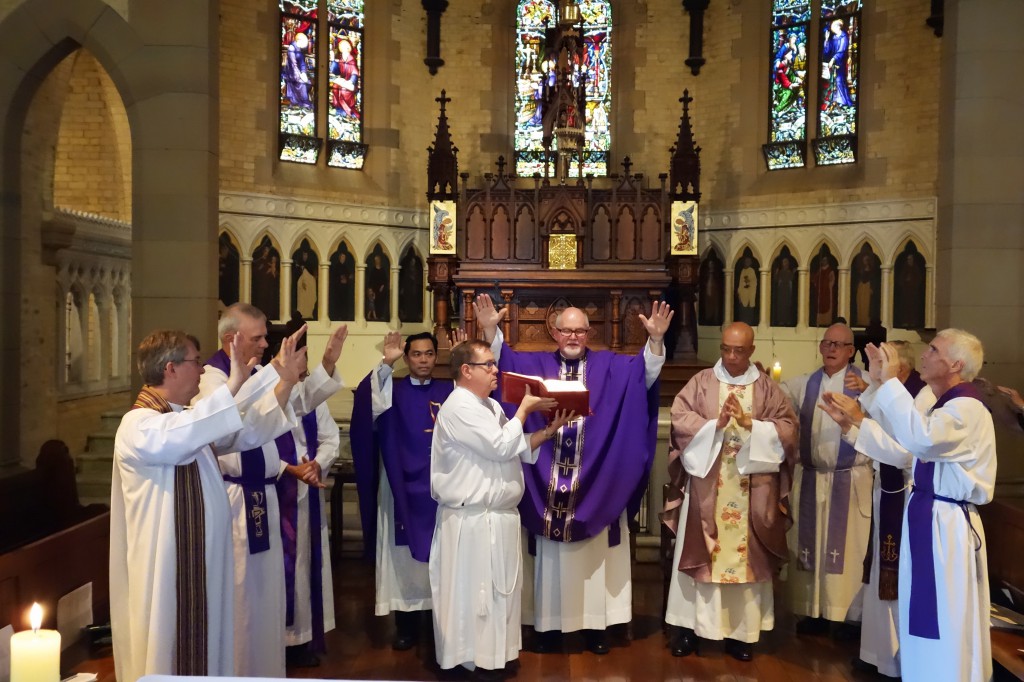 Click on this link to open and view all the photos individually.