Feast of the Epiphany

THE EPIPHANY and the FOURTH WISE MAN
In his homily today, Father Chris recited a humourous poem by Brisbane poet Dermot Horgan to reinforce the gospel message of the Three Wise Men.

He was saying, “I don’t see a fourth wise man at our crib on the altar – perhaps it should have been three wise men, and one wise woman.

Perhaps we’re meant to be the 4th wise man in our practical service in love of our brothers and sisters. 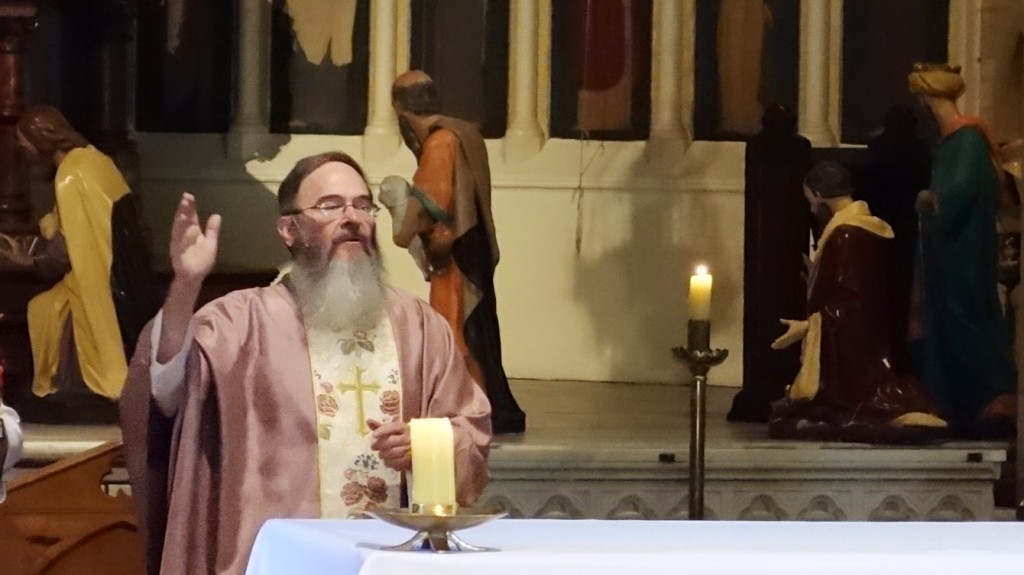 Three Wise Men came to Bethlehem, following a star,
Their names, we’re told, were Melchior, Caspar and Balthasar.
One brought a gift of frankincense, the others myrrh and gold;
They came to greet the newborn King, the Gospel story told.

They gave their gifts to Jesus, in the manger where He lay;
His mother offered coffee, but they said they couldn’t stay.
They got back on their camels – near the stable they’d been tied –
And as they headed off back East, Mary softly sighed:

“I really don’t need perfume, though myrrh of course is tops,
And gold is always useful, though we’re nowhere near the shops.
And frankincense is lovely – but a stable’s not the place.
I hope they’re not the wisest men in all the human race!

It was very good of them to come from such a far-off land,
After all that time on camels it’s a wonder they could stand!
But bringing Jesus gifts of myrrh and frankincense and gold –
It’s just not very practical – he’s only ten days old.”

Next afternoon a man appeared outside the stable gate,
He said he was the Fourth Wise Man – and sorry he was late.
“I’ve brought some things I thought you’d need – it’s just a little gift.”
A quick inspection of this bag gave Mary’s heart a lift.

A frozen casserole was there, and a stuffed and fluffy toy,
Some baby clothes in pastel blue – he’d guessed it was a boy!
“The thought of washing nappies,” Mary cried, “need not unnerve us,
For here’s a six-month voucher for a nappy-washing service!”

She turned to thank the stranger, but the stranger wasn’t there:
He’d slipped away and vanished in the chilly winter air.
But on the gate he’d left a note, quite simple but profound –
“Don’t write this in the Gospel, please – I’d never live it down!”

So don’t forget the Fourth Wise Man – the wisest of the lot,
He brought the really useful gifts the other three forgot.
If thoughts of gold and frankincense and myrrh don’t leave you glum,
It’s because you’re prob’ly not a young (and first time) mum!