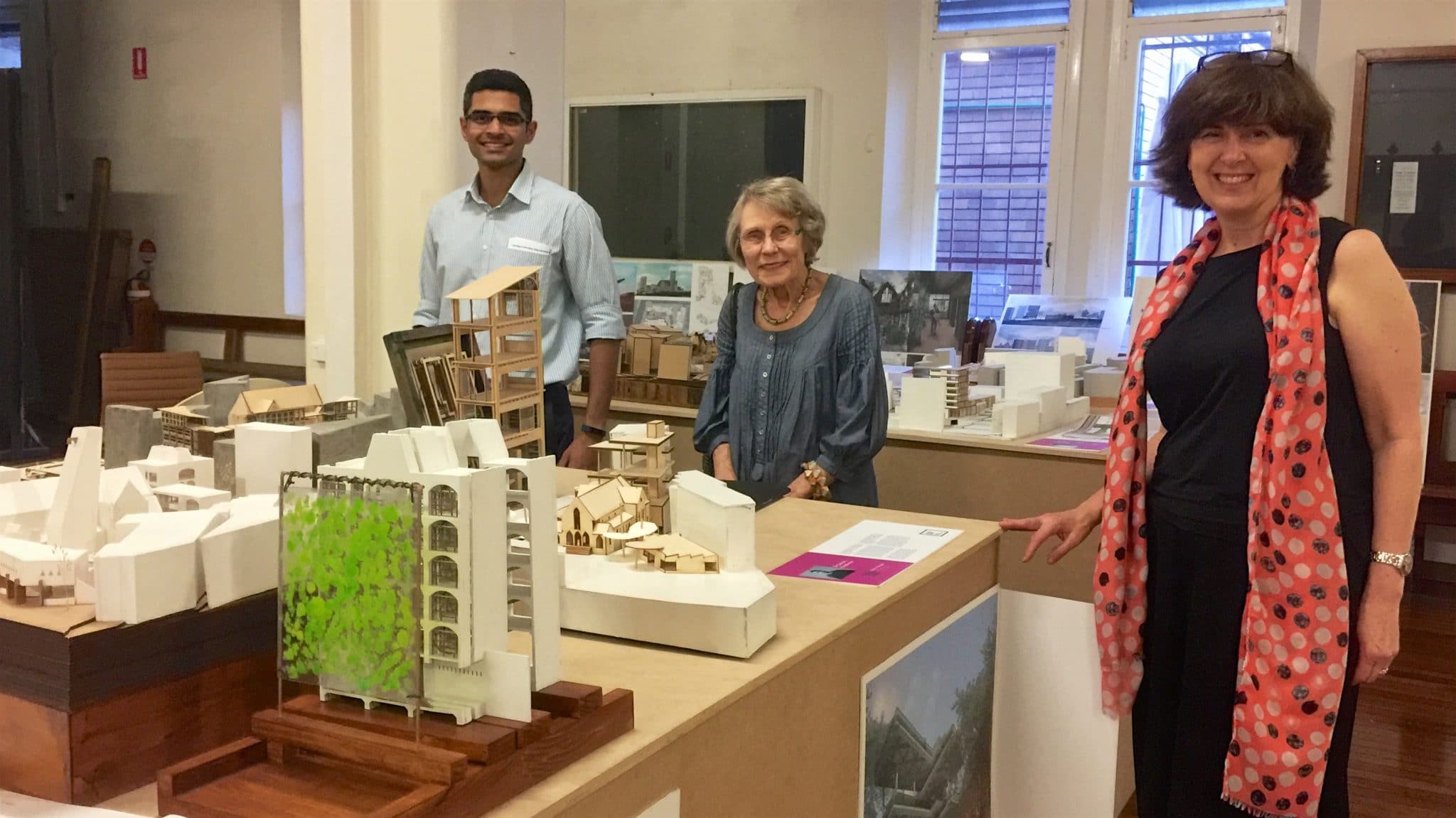 St Canice’s is a vibrant community in an edgy and tough part of inner Sydney sharing our faith, hope and love, especially with the poor, lonely and marginalised.

It is very refreshing and insightful to read the comments about exposure to life in the St Canice parish through the eyes of one of the UNSW Architectural students, Yunjing Guan from Mainland China. Yunjing included a page of her thoughts in in the Foreword of her submission ‘In Which We See Ourselves’ to the ‘St Canice Studio’ project  at the end of last year. Thank you, Yunjing.

We attended the Mass on a Sunday. I do not have a religious background, and this is the first time I attended a religious event. In the beginning I was worrying if I would behave in appropriately, but to my surprise, the atmosphere was ceremonial and casual at the same time.Everyone was attentive to the preach and pray. No one looked at me with blaming eyes when I was not singing or praying like the others did.It is a place without judgement, truly. I grew up in a society full of judgement. Anything that does not comply with the mainstream will be gossiped, and very often being different is considered to be a shame. To me, a place without judgement is invaluable and not for granted.Perhaps, it is this essence embedded in the Cross that cultivates the diversity of culture?
And I was particularly impressed with the moment at the end of the Mass when everyone was asked to greet and shake hands with the person next to him. Yes, I see the opportunity of connecting two people who would have passed by each other on the street. But somehow I feel it is much more than that.

In my country, there is a term for people who are insignificant in a group, ‘transparent person’. The transparent people are not consciously excluded, they are just nor remembered, lacking a chance to be included. I used to be transparent in my secondary school, but as I was devoting my mind to my own hobby I did not think I suffered too much from it. One day a teacher whom I thought I had never interacted with suddenly called out my name and greeted me. Perhaps it was because the joy of being cared and remembered has been so long forgotten that I almost burst into tears.