“As a Community, How are We Discerning our Future?” 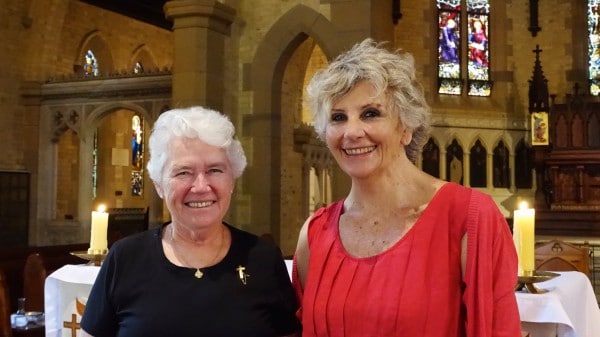 At a gathering in the Church Hall after the 10.30 am Mass on 9th November, Sr Margaret, Beirne RSC addressed this question of ‘discernment’ for an audience of nearly forty parishioners.

Discernment, a central aspect of Ignatian Spirituality is so pertinent, not only for the St Canice’s community going forward, but one that the whole Church under the spiritual leadership of Pope Francis now embraces.

We live in a world where everything is changing.

Discernment is the way to live in the midst of this changing world. It has to be communal, for no single person can control everything, and God does not allow himself to be captivated by anyone.

Communal discernment is a slow process; it is slow and down to earth. We have seen in the Synod of the Family the way Pope Francis is following this process.

“Discernment in the Lord guides me in my way of governing. Discernment is always done in the presence of the Lord, looking at the signs, listening to the things that happen, the feeling of the people, especially the poor.”

“This discernment takes time. For example, we may think that changes and reforms can take place in a short time. I believe that we always need time to lay the foundations for real effective change. And this is the time of discernment.”

Discernment is both individual and communal.

Firstly, as individuals, we may discern how we should be positive, and be consoled in being what God wants us individually to do in a particular situation, no matter how trivial.

Secondly, communal discernment is where a community comes together to discern on matters that face it in an ever-changing environment. This requires information gathering and a thorough investigation and sharing of views, whatever they may be; listening to each other, despite different opinions.

We then go away and pray, in order to hear the things of God, from God’s point of view. Then as a community, we ask ourselves what God would want, not what we as an individual might want.

We can sometimes find it difficult to alter our deep-rooted views on many subjects and not heed what the community discerns as the will of God in a particular situation. It means for the individual to subsume his own position and try to understand the community discernment.

For those present Sr Margaret has provided us with three pdf documents expanding on what was discussed, and also for the interest of parishioners who were unable to come to the gathering.