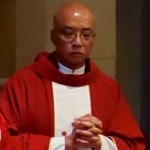 We are prone to putting others on trial, making them wait for our judgment. I suspect that religious people can be more prone to do this than those who are not religious.

“Those whose faith is not the same as ours; or those whose sexuality we cannot, or refuse, to understand; we sit in judgment, do we not? We put them on trial, and we condemn them to shame, or exclusion.”

When the High Priest and then Pilate put Jesus on trial, they think they are sitting in judgment over Jesus; what they do not realise is that they open themselves up to judgment instead. The High Priest, who of all people should have known what the Messiah would be like, cannot recognise him. He has the words, the theology, the religious feelings – but in his power and religious certainty he has set up a barrier between himself and God.

Pilate’s interrogation of Jesus is all about power, and territory, kingship, and kingdoms, and the use of violence to defend power. That there is another way of living, of seeking and living according to the truth, whatever the cost, makes no sense to him.

We evaluate, sift, one another all the time: and yet we are the ones on trial when we do this. At his trial and in his Passion, Jesus encounters at every level the hostility of others, the hostility of the world.

“Any refugee, any person different from the community by reason of race, sexuality, or gender, knows what it is to feel this hostility. We are called to be bearers not of hostility, but of hospitality, the hospitality of God, whatever the cost may be.”

Last night in a juvenile prison in Rome, Pope Francis washed the feet of twelve young offenders. He became the first Pope to wash the feet of women; and among the twelve, there was also two Muslims.

Each of us should ask, what part of our consciousness, our sense of whom we are, of what Church should be, is called into question by this.

I think the Pope’s actions put us on trial, challenges our securities.

Everything is taken away from Jesus at his trial and Passion.

“Can we take the risk and abandon everything that keeps us peaceful, secure and safe and certain, so that we can encounter, naked, the one who loves us?” 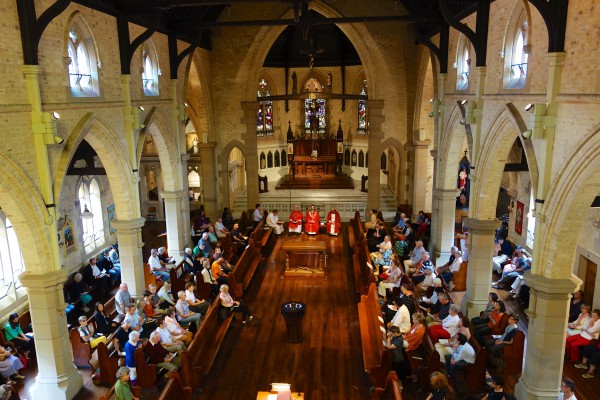 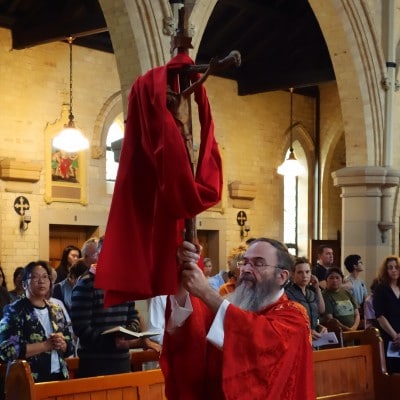 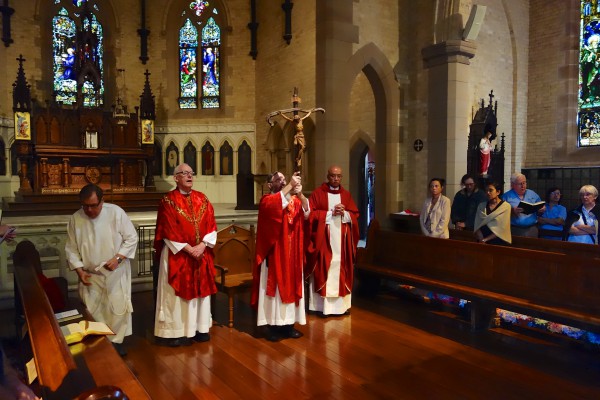