Seventy years have passed since the Australian Jesuits set about creating a mission in the Indian region of Hazaribag, and yet Fr Phil Crotty SJ still remembers those earliest days as though they were just beginning to unfurl. At home in Sydney, where he is now retired, the memories return to him with all the clarity of reflections trapped inside a raindrop – the tribulations and sorrows, the successes and joys and lamentations, the reflections and stories generated over a lifetime spent working with some of India’s most vulnerable people.

“We went to, I think it was Myer’s, on Bourke Street in Melbourne, and were given six khaki shirts and six khaki pairs of pants,” he recalls of the weeks leading up to his departure from his hometown, Melbourne.

“That was about the sum total of preparation,” apart from learning the Hindi alphabet on the voyage to Bombay.

Aged just 20 at the time, Fr Crotty hadn’t ventured further than Sydney before sailing to India with a handful of fellow scholastics at the end of 1952, the year after Hazaribag mission was created.

The Australians were responding to a call from a group of Belgian Jesuits who for many decades had run a mission at Ranchi which advocated in particular for tribal people whose land ownership was being exploited.

“The mission flourished so much they were not able to manage it with the manpower they had. So they looked around for another Jesuit province to support them. They offered the Northern part of their mission, where they had been least engaged… to the Australian Province, which was looking for a mission.”

The new arrivals immersed themselves in the language and culture, in studying, teaching, working in parishes, spending time in communities and generally trying to determine what form their own missioned theology would take.

“If you’re working with tribal people, you must understand their culture, their language, their history. What was the relationship there, and how does that fit alongside of, or intertwined with, the caste-system? It’s a complicated picture.”

The mission’s most urgent initial project, in 1951, was to establish an English medium high school, St Xavier’s Hazaribag, of which enrolees were largely boarders from Calcutta. Most of the Australian scholastics spent time working here in the early years, except for Fr Crotty says he was destined to be teaching in a Hindi environment.

“I was sent to a lovely place called Tongo where I spent six months practicing Hindi with the children in the school, teaching some classes and joining the boarders when they went fishing. That was a wonderful time.”

After his ordination in Hazaribag – where he was reunited with his mother for the first time since leaving Australia 12 years earlier – he served as parish priest in several of the parishes initiated by the Belgian Jesuits. Finally, he was appointed regional superior of Hazaribag (the role known today as “Provincial”). 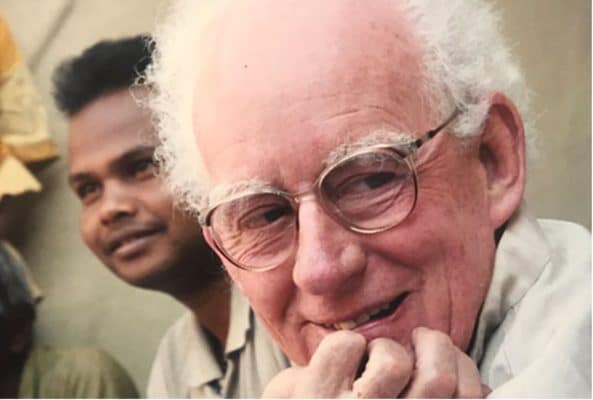 “As a Jesuit, you don’t think much about it [as a career for yourself] – you’re working together as a team doing a variety of jobs, you’re part of the group. It was a wonderful team to work with –wonderful people, inspiring people.”

Hazaribag was growing steadily to include more educational facilities and a formation college for Jesuit novices.

In village parishes, meanwhile, the missionaries worked to enculturate the traditional mass with the rich Santali culture possessed of some parishioners, and continued to advocate for people dispossessed of their land. From the mission’s earliest days, it had forged strong partnerships with Carmelite, Franciscan, Holy Cross and other nuns whose own work focused on the establishment of community clinics and hospitals. Today, these facilities are playing an essential role in the provision of critical care for patients infected with COVID.

“It’s huge what they do, what they have done there.”

And though the Australian Jesuits were far from home, the beneficence of Australian collaborators was pivotal to the success of the mission.

“It was taken for granted that you wouldn’t see family again, unless they came to India, which they did.”

Jesuit Mission itself was established as patron of the Hazaribag mission; the support generated through it by Australian volunteers, benefactors and Jesuit and Ignatian schools over seven decades is immeasurable.

“It was an extraordinary support system – more than a support system, it was a sort of a companionship. That’s why I think they adopted the title co-missionaries. I think it’s very relevant because they were actually co-missionaries, and many of them visited India. It was a great sense of belonging and connectedness.” 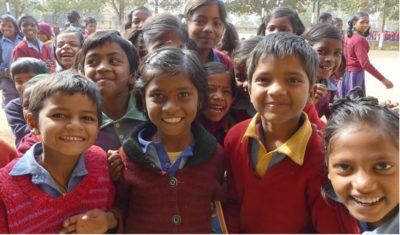 After fifty years in India, Fr Crotty finally returned to Australia to work with Jesuit Mission himself, eventually becoming its director in 2008. By now, visa restrictions had made it difficult for Australian Jesuits to work in India; moreover, the formation of Indian Jesuits had yielded a large cohort of missionaries to which the baton could be handed. The ripples began to reverberate beyond India’s borders, too, with Jesuit Mission applying the experience and achievements accrued there to projects in places like Cambodia, Vietnam, Thailand, Myanmar, and Timor-Leste.

One of the most recent developments supported by Jesuit Mission is the establishment of a school in Cambodia – a project overseen for the past six years by the new Australian Provincial, Fr Quyen Vu SJ. And when COVID-19 struck Hazaribag with ferocity earlier this year, Jesuit Mission mobilised resources, enabling Jesuits on the ground – including the few remaining Australians from among those earliest missionaries – to provide vital community care.

Such is the mission’s enduring legacy, one in which the seeds sown by those pioneering Australian Jesuits have borne fruit not only in Hazaribag but in places far removed from it. As it celebrates its 70th anniversary, says Fr Crotty, the Hazaribag Province is as capable as the Australian Jesuits were in 1951 to embark on its own mission. So far it has dispatched missionaries to Cambodia and Myanmar and – in a poignant homecoming, of sorts – Australia.

“Recently one of the tribals from Hazaribag, whose father was a leader in the parish where I was parish priest, came to do his tertianship in Australia. He’s a Jesuit now [and] he went to spend a month or more up in Wadeye and the Tiwi Islands. And it was just lovely to have him here, and to feel at home with him… and to see the fruit, if you like, of our work.”

As we celebrate 70 years of Jesuit Mission, we would like to express our utmost gratitude to all our loyal supporters. Your generosity has transformed the lives of vulnerable communities overseas since 1951. 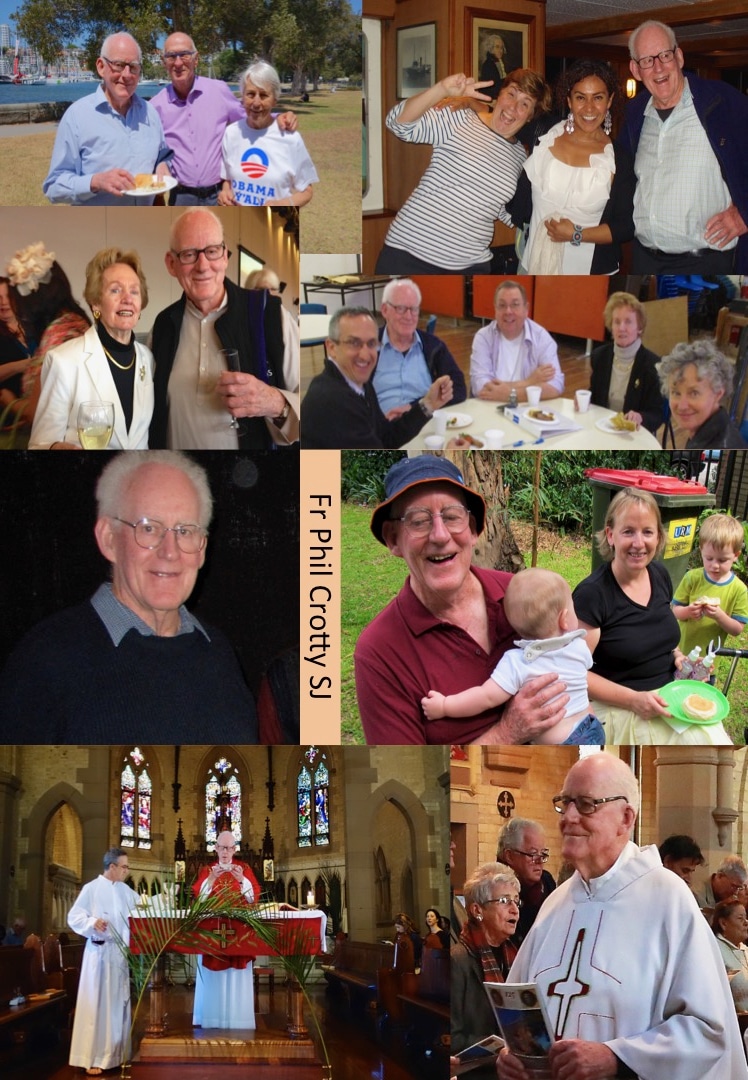 Fr Phil as at St Canice’s before his retirement