Universal Apostolic Preferences of the Jesuits

mmus2019-05-28T18:35:08+10:00
The new Universal Apostolic Preferences of the Society of Jesus to guide and inspire the Mission of the Jesuits in the next 10 years have been announced by Arturo Sosa, S.J., the superior general of the Society of Jesus!
Fr Sosa said that Pope Francis, the first Jesuit pope, spent some time praying on the text and then handed it back to him on Feb. 9, entrusting it as a mission for the whole Society over the next decade. “In this way,” he said, “the preferences are not just our ideas; they are a mission given by the church through the pope to the Society.” 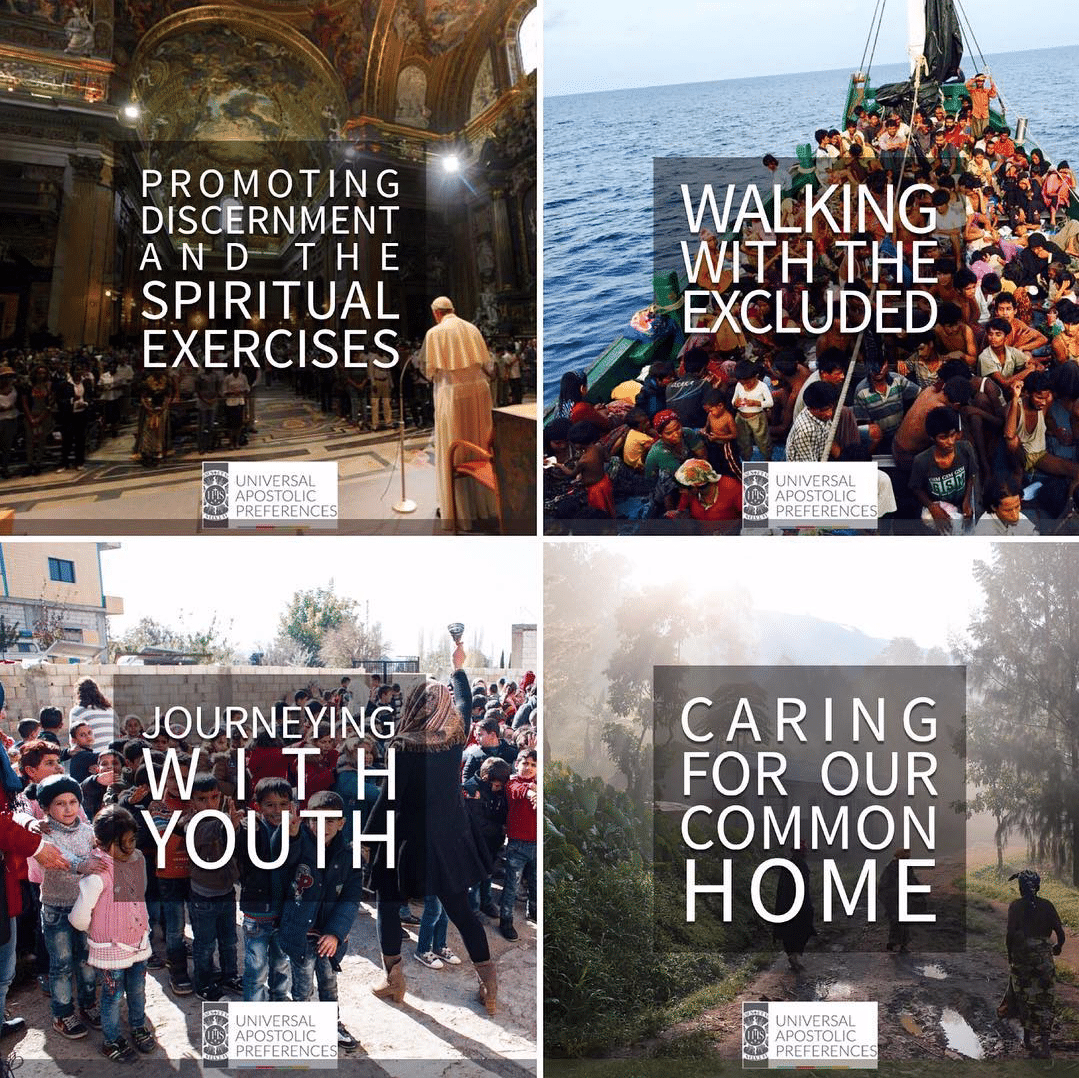 These are the four chosen ones:
1 To show the way to God through discernment and the Spiritual Exercises;
2 To walk with the poor, the outcasts of the world, those whose dignity has been violated, in a mission of reconciliation and justice;
3 To collaborate in the care of our Common Home;
4 To accompany young people in the creation of a hope-filled future.
Read about the Four Priorities here: